Green Architecture In America and India 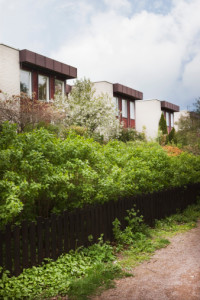 There is growing interest in green architecture around the globe. Even in regions where the green wall has little local history, the huge potential of living walls is catching the attention of people who are concerned about the natural environment. In the southern United States and in southern India, the attractiveness of green architecture is attracting favorable comments.In both the state of Florida and the state of Karnataka innovative individuals are experimenting with new designs.

Although the modern trend for vertical gardening owes a lot to the work of Frenchman Patrick Blanc, an American academic called Stanley Hart White got a patent for a vertical green system just before the Second World War began. However, it was over half a century after the patent was registered before American green architecture got going at all. Since then, in parts of the United States developments have begun to catch up with those in Europe. Enthusiasm has now spread to some states where interest used to be minimal, including Florida.

It might be thought by those without expert knowledge that the weather in southern India was not very suitable for green architecture. After all, some green systems can require watering. However, the reality is that planted walls can help urban areas cope with pollution problems in a variety of climates. In the state of Karnataka, planted walls are being seen as suitable for homes, but the truth is that these systems can be highly effective additions to buildings of all types.